Just Be A Man About It

Co-authored by Kenneth Braswell, the Executive Director of Fathers incorporated (FI), a not-for-profit organization that serves as a leader in the promotion of Responsible Fatherhood and Mentoring. He has over 24 years of community development experience. Mr. Braswell also serves as the Director of the National Responsible Fatherhood Clearinghouse (NRFC). The NRFC is a widely recognized national and international resource for fathers, practitioners, researchers, and policymakers.

African American men live sicker and die sooner than men or women from any other racial / ethnic group in the United States. As Kenneth Braswell, Executive Director of Fathers Incorporated put it: “if you can’t stand up or kneel down without making a noise, it’s a clear indicator that you need to be mindful of your health.” The average life span for African American men is 70 years, compared with 76 years for White men, 76 years for African American women, and 81 years for White women. Unfortunately as Braswell ended; “as old men, people won’t care that our socks don’t match, they will only care if you are in the room or not.”

Along with the urgency to address the physical health of men, we also discussed issues of mental health. We now know that major depression is the #1 cause of disability in the world. Mr. Braswell highlighted how he and Dr. Sidney Hankerson are partnering to promote mental health in African American churches.

Depression is often a “silent killer” for African American men, because it looks different than depression in women. Men who are depressed, compared to depressed women, may be more likely to describe feeling angry and irritable; abuse alcohol and other drugs; and, have physical complaints such as headaches and back pain.  Untreated depression is the #1 risk factor for suicide.

For the first time in our nation’s history, Black children have higher rates of suicide than White children. Racism, cultural mistrust, misdiagnosis, and engaging social support networks play a critical role in how Black children process the environment in which they live. As one participant explained: “Men get their signals about manhood as boys at the first instance of crying.” Systematically we have to recognize that, so that moving forward we understand that solutions for improving men’s mental health will take innovative approaches.

We are closing in on the January 31 deadline to enroll in health coverage in 2016. While African American men are more likely to be exposed to social conditions, such as limited finances, and other socioeconomic inequalities that contribute to health disparities, it is still vitally important that that they are insured. If for no one else, at least for the sake of their families and children.

Dr. Sidney Hankerson is Assistant Professor of Clinical Psychiatry at Columbia University Medical Center. Hire him for a workshop – www.SidneyHankerson.com

Kenneth Braswell is the Executive Director of Fathers Incorporated and can be followed on Twitter at @fathersincorp. His website is – www.fathersincorporated.com 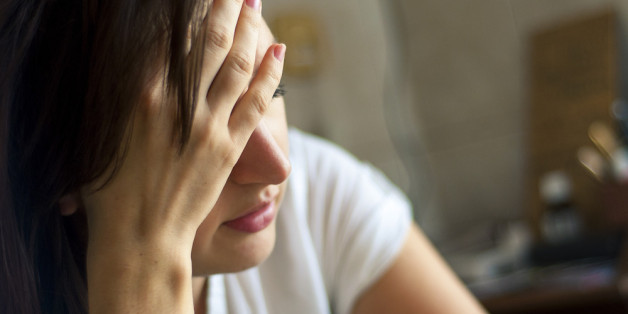 Are You ‘Too Blessed to Be Stressed’?

Sunday morning after church service, Deacon Johnson was on his way out and getting ready to watch the Washington Redskins football game. He bumped into Miss Watson and warmly asked her, “How are you feeling this fine Sunday morning?” Miss Watson had recently suffered terrible losses, because she unexpectedly lost her job and her mother died two weeks ago. Miss Watson forced a half-smile, lifted her shoulders back, and responded “I’m too blessed to be stressed!” Although Deacon Johnson nodded in approval, he did not fully believe Miss Watson’s response. Overhearing this conversation transformed my professional career.

“I’m too blessed to be stressed.”

“I’m too blessed to be stressed” is repeated by people of faith like a badge of
honor. The reality is that we are all stressed. We work long hours, battle traffic, and try hard to find that special soul mate. We raise children, care for aging parents, and worry how to pay our bills on time. If stressful situations continue, a person is at a higher risk of suffering from major depression. In fact, major depression is now the no. 1 cause of disability in the world.

As an African American, Christian, psychiatrist on faculty at Columbia University Medical Center, I know that churches are often the first place people go when struggling emotionally. Studies show that more people first seek help from a pastor during an emotional crisis than any other health professional. Pastors provide counseling and can make referrals to mental health specialists. Unfortunately, stigma and the fear of mental illness causes people in the church to suffer in silence instead of seeking treatment. Distrust of mental health professionals is especially strong in communities of color, as African Americans and Latinos have the lowest rates of depression treatment in the United States.

Imagine that we could create church environments where people felt safe to acknowledge their struggles with stress, depression, or substance use – instead of insisting that we are “too blessed to be stressed” – we could encourage people to seek care when it is needed.

A recent study that I published in the American Journal of Preventive Medicineshowed how three churches in New York City identified people at risk for depression. In the study, 122 people completed an anonymous survey. The survey asked 9 questions about whether a person experienced sad or depressed mood, inability to enjoy pleasurable activities, difficulty falling asleep, feelings of guilt or worthlessness, fatigue, difficulty concentrating, appetite changes, and thoughts of death / suicide in the previous two weeks. The survey was scored from 0 (no symptoms) to 27 (severe symptoms). People who scored 10 or higher on the survey were classified as having a “positive depression screen.”

Our results showed that people who attend church are stressed. We found that 1 out of 5 people had a positive depression screen, which is double the rate found in community samples. Importantly, we found that more men (22.5%) screened positive compared to women (17.7%). Our ability to identify a high percentage of depressed men suggests that churches are important entry points for engaging men in mental health treatment.

Faith communities are at a crossroads, and a movement is growing to create caring congregations in every church in the U.S. Rick and Kay Warren recently hosted a conference titled “The Gathering on Mental Health and the Church .”Over 3,000 people attended this conference in which faith leaders, policy leaders, scientists, and mental health professionals disseminated information and resources. Building on this conference, I believe that caring congregations responds to their parishioners with the following messages:

1. Depression is a common, disabling illness for which there is effective treatment
2. Depression is not due to weakness, sin, or lack of faith
3. Coping strategies to reduce stress include faith practices (i.e., prayer), regular exercise, a healthy diet, talk therapy, and medications as needed.

What can you do next? If you are suffering from stress and depression, visit www.nami.org or www.psychologytoday.com for resources and providers in your area. As community members, you can speak with your church leaders or employer about the importance of promoting mental health. Pastors can speak about mental health from the pulpit and have workshops at your church. I would love to hear your other thoughts and suggestions!

Follow me and my research here on Twitter @SidneyHankerson
Write to me via email: [email protected]
Mail: 1051 Riverside Drive, Unit 24, New York, NY 10032